In case you were wondering, Lutterell Hall is an example of late Arts and Crafts architectural tradition, with a modernist art-deco style. It is the first example of architect Alfred John Thraves’ designs to have been given Grade II listed status, which is surprising as Thraves was a well-known architect of the time, specialising in cinema design, and his work includes what is now known as Pryzm nightclub!

Lutterell Hall never had any such great pretentions and was built as the parish hall for St Giles’ Church in 1929, with space for a number of classrooms to the west of the main hall, although only one was ever built. St Giles’ parish hall was renamed Lutterell Hall in 2010 after the eminent lords of the manors of ‘Gameliston, with Brigeford, Basingefeld, and Keworth, and Normanton’ - although various version of their name appear in records as spelling wasn’t a big concern just then.

Most of the interior of the hall remains pretty much unchanged, but you’ll be pleased to know the toilets were modernised in 2010, when a new kitchen was also installed; the original servery area is now our Thraves Coffee Lounge and Bar. It was also around this time that a flat-roofed extension was built.

In the main hall, look up and admire the moulded plasterwork in bands across the double-height, barrel-vaulted ceiling. Layers of paint may have distorted the detail a bit, but you can still make out agapanthus leaves and grape clusters, which is remarkably ornate considering the hall’s intended use, and shows Thraves’ flare even for his humbler projects.

Apart from the grander main hall there is a small first floor room, which was the original council chamber, and this can now be hired out for smaller conferences, training events and meetings.

An application to Historic England by a ‘Friends’ group saw Lutterell Hall listed at Grade II in 2020, for its particularly good architectural interest and the fact that, despite a couple of upgrades, the building remains close to its original state.

A couple of years after Lutterell Hall was built Thraves designed the Tudor Cinema (see across), in what is now called Tudor Square in West Bridgford. Unfortunately, this building has not survived and West Bridgford hasn’t had a cinema since 1959, so we are looking forward to bringing the (not-so-big) screen back to West Bridgford with our Family Cinema events! 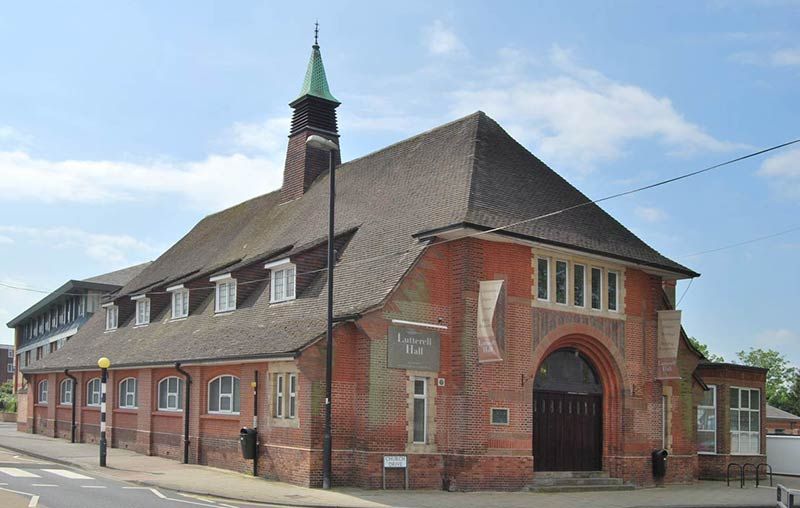 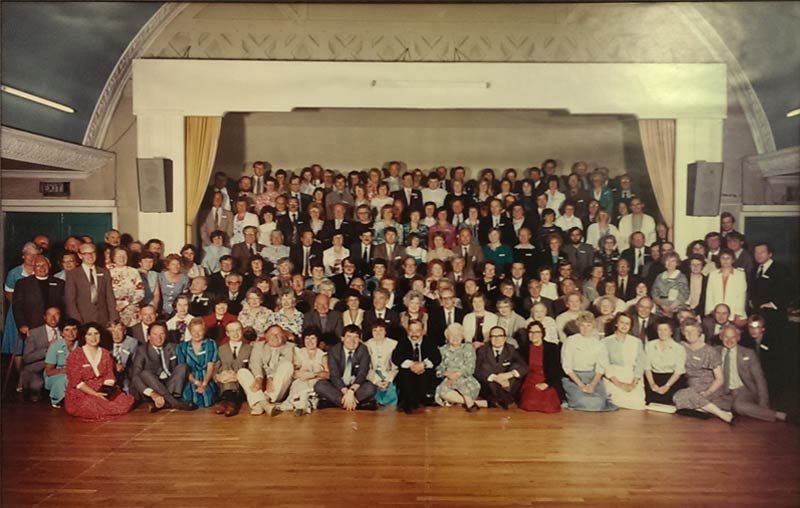 The St Giles Fellowship reunion, meeting in the main hall on 21st June 1986 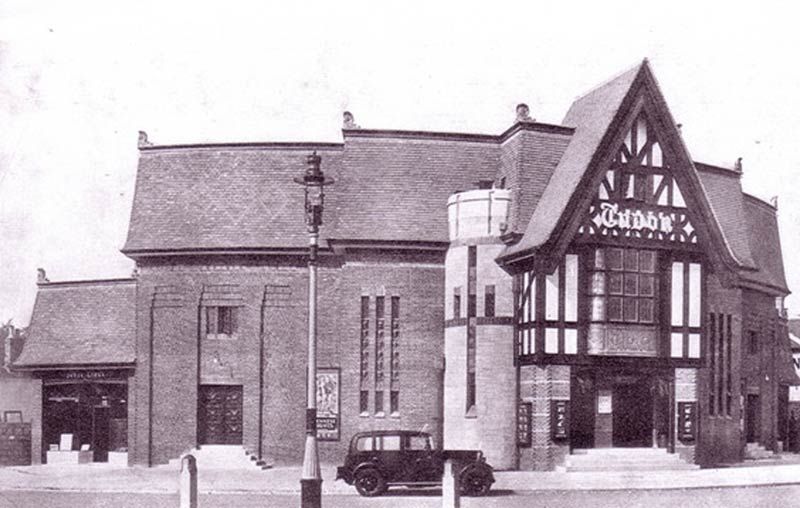 Tudor Cinema in West Bridgford, built to the design of Alfred John Thraves